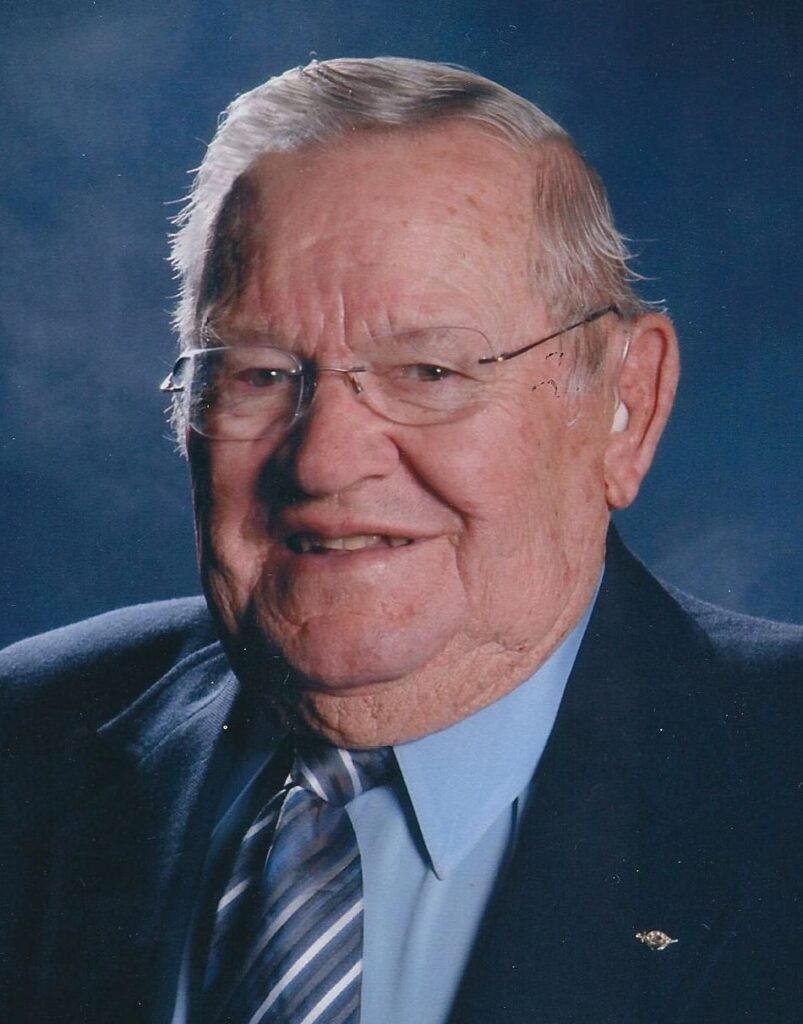 Luther Ray Todd (87) returned to his Heavenly home Saturday, March 5, 2016, with his two daughters at his side.

Ray was devoted to his wife of 60 years, “Dink” (Glenn), who preceded him in death, as did his dog Russell, his faithful companion. He was a member of Central United Methodist Church and trusted the Lord for his salvation. Ray was described by his grandchildren and great-grandchildren as hard-working, loyal, compassionate, strong, brave, energetic, loving, cute, nice, wise, role model, caring, lively, trusting, proud, generous, talented, made the best breakfasts.  One of Ray’s favorite pastimes was to shell and hull pecans from his many trees.  He shared his pecan crop with family and friends as far away as IA.  He loved people and had a special place in his heart for children.  He was a very gifted and blessed man.

Ray was born on January 12, 1929 in Albany, Texas to the late James Luther and Mary Elizabeth (Anderson) Todd.  He was the youngest of five sons, all who preceded him in death. He graduated from Daniel Baker College in 1951 with a B.A. degree. He received his Master’s degree from West Texas State, Canyon, in 1965. Ray spent 30 years working in Texas Public Schools as a teacher, coach, assistant principal and principal. He retired as assistant superintendent from Grapevine ISD in January 1980. Ray and Dink then moved to May, Texas where Ray spent many years ranching and custom farming.  Ray touched the lives of many people with his love of teaching and mentoring.  As a former coach, he loved and supported any and all sporting events.

A memorial service to celebrate Ray’s life is scheduled for Friday, March 18, 2016 at 10:00 at Central United Methodist Church in Brownwood, Texas, with Rev. Tim Boeglin officiating.

What a wonderful man Mr. Todd must have been to have the tribute given by those who loved and knew him best. You are in my thoughts and prayers.

Ray was dedicated to my sister, Dink, during her illness. Truly a great husband and father. So many good memories with him and Dink
Loved him. I’m sure he had a great celebration when he got to heaven.

Ray: I woud have loved to have seen again, he was one of my best friends in May, my husband Jerry worked with him and cared for him like a brother. Maybe they will feed cows together in heaven, Rest in peace

Thoughts and prayers during this time of loss.

Uncle Ray was a person who loved all and was loved by all those who knew him. I shall miss him greatly.

Ray was a light in my world. He and Dink are much loved and very missed.

Mary, David and Suzanne Duvall
10:32am

We sure have a lot of great memories
with your family. The Duvall family.

Mr. Todd was such a wonderful example and such a dear man. I am blessed to have known him. I have the most precious memories of seeing his devotion to “Dink” in her last years. Every Sunday he would bring her to church, where they sat together — same pew, same place — holding hands. Their practice continued after Dink was confined to a wheelchair, and I believe with my whole heart, they are holding hands in paradise now.

My condolences to all of the family. My mother was friends with Dink for many years in May.

We will miss Ray’s smile and fun times we shared with him. The many trips to the Ranger Baseball games and the good fellowship. What a wonderful man , father, and husband he was. Our prayers go out to the family and love ones.

He was very special to many people in Moody, Texas during our high school days. We were fortunate to continues our friendship with him several times at our class reunions and in Brownwood when we visited Daisy Nell and Gene. We loved him and was always glad to see him. Your were fortunate to have him for a dad.

Our hearts and prayers go out to such an amazing family. Keep his memory alive so he is with you everyday.
With all our love,
Joel & Toni Hunt

I knew Luther Ray since the first grade and our HS graduation was 1946, 70 years ago. We will all miss you.

As my dad would say ” Ray is an old Baker boy” and has been a blessing to play football and coach with….RIP coach Todd.

All of the words that Ray’s Grandchildren said was exactly how I remember him ,he always had a smile and was always very happy .He just made you feel good to be around him ,but at the same time he was a very trusting person which made you want to do the best for him. I will always remember him and “Dink” they were very special to me even though I wasn’t around them that much. He will be missed.

I have very fond memories of Uncle Ray especially his days as coach at Danbury and our family going to the football games there. Uncle Ray and Aunt Dink were special people as are Carroll and Debbie. I will miss him as I miss Aunt Dink.

Our love and prayers are with all the family. Debbie and Alan are dear friends and family of ours. Much love to them, Jennifer, Mark and families.