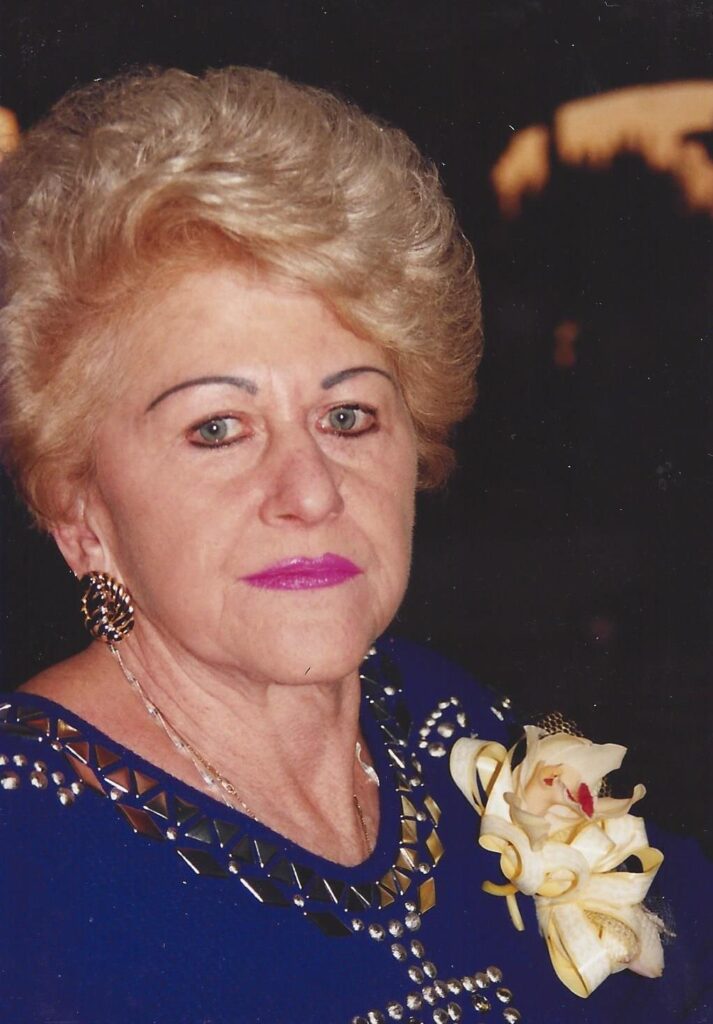 Inge, 83, passed away on Wednesday, July 29th in Carrollton, Texas at the home of her daughter and son-in-law after a brief but courageous battle with lung cancer. She was a loving wife, mother, and grandmother, and will be greatly missed by all. Inge was preceded in death by her husband John “Pat” M. Patton.      She was born April 8th, 1932 in Heidelberg, Germany to the late Joseph and Louise Schmidt, where she endured many hardships throughout her childhood. Besides being adopted by another family member and then returned to her mother, at the age of 11, she was imprisoned by the Russians in WWII.

During her 46 years in Dallas, she began her career as a beautician at Winn Lee Beauty Salon on Preston Rd., but soon after opened Inge’s Beauty Salon in Preston Center.   Inge’s love of cooking and her desire to please others, along with Pat’s dream of opening up a restaurant, were the foundation for the creation of Pat and Inge’s Deli in Preston Center in 1986. Inge focused daily on serving her clientele in both the beauty and restaurant business until the birth of her daughter’s first child in 1991, after which the restaurant soon closed. Several years later, Inge’s Beauty Salon was forced to close due to a change in property ownership; however throughout all the location changes, Inge continued to serve her clientele and friends in Preston Center until her shocking diagnoses with cancer on March 23rd, 2015.

The family would like to thank the Season’s Hospice team for their unconditional support and compassionate care, along with the dedication and love of many friends who supported them throughout this difficult time.

Kathryn Hoppa and Larry Moore
10:31am

We loved our Inge’ dearly and she will always be in our hearts and the deepest part of our souls.

The Blue's Dana, Elizabeth and Justin
10:31am

We only met Inge several years ago through our friendship with Suzanne and Jim and both Jimmy and John. We feel blessed in having spent some time with her and getting a chance to know her. Our Condolences go out to all her family.
Elizabeth, Dana and Justin Blue and Elizabeth Brock

Bobbi Smith and Donavan Bevers
10:31am

Inge – We will miss you much, our dearest friend.

She was our neighbor in Les JARDINS, and a good one! We will miss her. One thing many may not know is that Every year, she contributed to the American Heart Association during our neighborhood drive.