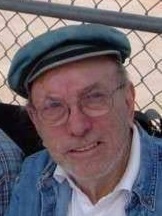 Graveside services will be held at Sherith Israel Cemetery, 4634 Dolphin Rd, Dallas, TX  75223, on Sunday, December 12, 2021, at 9am.  Sam was born on October 5, 1927, in Dallas, Texas to Helen and Max Rude, now deceased. He graduated from SMU with a degree in business and attended the MBA program at UT at Austin.  He worked many years as a Stock and Real Estate Broker.  Sam always said the way to make a small fortune is to start with a large fortune.  We will miss his great sense of humor.  His wife, Pauline Protas Rude, preceded him in death. They were married for 56 years.  He is survived by their three children, Stephen (Marilyn) Rude, Karen Rude Stadler, and Brian Rude.  His son, Mitchell Rude, and son-in-law, William Stadler, preceded him in death.  He had 7 grandchildren, Amanda Rude (Michael) Rosenhouse, Allison Rude, Melissa Rude, Blake Rude, Nicolle Rude, Jake Rude and Mason Rude, and two great grandchildren, Sophie and Emmett Rosenhouse. He is survived by his sister, Marilyn Rude Sweet. Sam has many loving family and friends that will keep him in their hearts forever. In lieu of flowers you may make a donation in his name to the charity of your choice.

No Thoughts on Rude, Sam