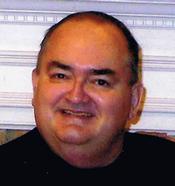 Stuart Steven Mauro
July 4, 1950- October 18, 2011
Born in Rochester New York In 1950 to Pat and Robert Mauro, Stuart is survived by his Mother Pat and Brother Sterling.
Stuart arrived in Dallas, Texas at the age of 35 after his training in Santa Fe New Mexico in Oriental Medicine and Acupuncture. He was also first introduced to Buddhism there by the late Karmapa and the
Venerable Kalu Rinpoche and has been studying and practicing Qigong for 32 years, teaching it for 25 years. He has studied with some of the finest Qigong masters in the world. He is Director of the Sandhill Crane Clinic in Dallas and founder of the Third Coast Institute of Acupuncture and Oriental Medicine. He
founded the Dallas Qigong Association in 1986. Dr. Stuart Mauro, LAc, OMD established the Dallas College of Oriental Medicine (DCOM), in 1991, the
college was originally known as the Third Coast Institute of Acupuncture and Oriental Medicine, and was developed with two goals in mind: producing an exceptional program of study in Oriental medicine, and
providing affordable health care for residents in the Dallas/Fort Worth area. In May 1999, the college became a candidate for accreditation from the Accreditation Commission for
Acupuncture and Oriental Medicine. It soon established a reputation as having one of the best clinical training components of any Oriental medicine school in the country. In 2000, and again in 2002, the college was honored as one of three schools to receive an “Outstanding Clinical Training” award from
the TCM World Foundation. Its Oriental medicine program received full ACAOM accreditation in May 2001.
Dr. Mauro held a Black Belt in Martial Arts. He studied and became proficient in Usui Reiki, and Raku-Kei, the healing practice that promotes physical, emotional, mental, and spiritual growth. Stuart established Palyul Changchub Dhargyayling Dallas in 1998 with Wanda Merrill at the direction of Khenchen Tsewang Gyatso Rinpoche, Susan Hu later joined them to form the core of the center that exists today through their dedicated efforts; the practice follows the Palyul Nyingma tradition of Tibetan Buddhism. The center is now located in offices in Richardson Texas after the humble beginnings in the living room
of Mr. Mauro and Ms. Merrill, the center soon hopes to build a permanent home on 30 acres now
owned by PCD Dallas, Inc. the non-profit charitable organization established in 2010.
Dr. Mauro served thousands of patients over his many years of practice, considering first their wellbeing, treating many without payment; he will be remembered for his tireless dedicated treatment to the many that benefitted from his knowledge and loving-kindness.

A memorial will be held on October 30, 2011 at 10:30am on the land that Stuart helped to acquire for PCD Dallas, Inc. The details and directions can be found on www.pcddallas.org .

I will miss Stuart greatly. He was my first line of defense for many medical maladies. Seeing him was a healing experience. I always learned something. Peace.

Rest well, my friend and teacher. May God have mercy on you and yours.

Who now will discuss bad kung fu moves and herbal concoctions over red cooked pork and tea with me? You will be missed.

How we loved you and honored all you taught us. You will be missed on this plane though we know you will always be with us in spirit.
Sweet journey!

WE will miss you Stuart. You have effected many. You are special. Wish we could have spent more time together. Next life. Be in peace brother. Stuart Watts

I am sorry to hear about Stuart’s passing. He is missed greatly. I was privileged to spend time with Stuart my last year in Dallas back in 2006.

Your care, compassion and knowledge will be missed. RIP

To a great teacher and friend. You will be sorely missed.

I realize this is late… but I did sense a disturbance in the Force back then…
I will always love you, Grandfather. I see you cutting up with Thaddeus at last, our Froggie.

I was honored to have Stuart as my principal Qi Gung Sifu, my dharma heart-brother, and best friend. He was/is an ocean of wisdom and compassion. I remember taking our Bodhisattva vows together with Ven. Kalu Rimpoche in 1982, so I know he has been reborn to continue the great work. Words cannot express this loss, nor his friends’, patients’ and students’ good fortune in knowing him. Mangalam, Sifu.

May you have rested well before your next adventure. May all your Dreams be as you want them.